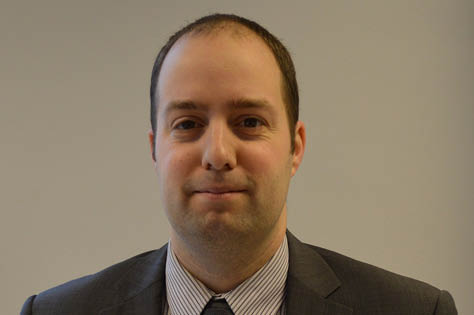 A huge congratulations to Dave Hinton who is the latest member of staff to join the Long Service Club having recently celebrated his 15th anniversary at OGL. Dave was presented with an Amazon eVoucher, engraved glass trophy and silver engraved pen from Neil Morris on behalf of all the Directors.

Dave looks back on the last 15 years:

“My first role was as a Desktop Field Engineer, then fairly shortly after I moved on to be a Server Engineer. I did a lot of driving at my previous job but was all local; now I was visiting places as far as Essex and Cornwall, so was a bit of a change! Thankfully the sat-nav never let me down.  I certainly don’t miss all the driving.  After doing this for a while I took over the Problem Management role from Rob before working as Field ASE for a period.  At this point an opportunity to move into Hosted Services arose, so I moved, initially working with customers in vCloud before VDI1/cDesktop came along.  I then spent a lot of time migrating customers onto this service and supporting them before eventually taking the Data Centre Services Manager role, which I enjoyed, but after doing that for several years I needed a new challenge.  A penetration testing role came up in CyberGuard and having completed my OSCP the previous year was the sort of challenge I needed. I’ve always enjoyed learning about the latest technology, and I feel fortunate to have the opportunity to do so in many different roles at OGL/CyberGuard."

Sean Tickle, David’s manager, congratulates him on his 15 years at OGL:

“From when I approached David to join CyberGuard I could tell he was going to be a key asset within the division. From the get go Dave demonstrated a keen interest in Information Security, the offensive element specifically, that he had clearly held for years so being able to finally facilitate him entering a role where he could put those skills to use seemed like a no-brainer to me.

“Right from the bat Dave acclimated to his new role exceptionally well, taking on full responsibility for CyberGuard’s Red Team services in less than a month! Very few people I’ve met over the years would have been able to accomplish such a feat, which on top of the IT knowledge and ideas that he has contributed over his years of service show a true IT professional. Not only has Dave succeeded within his role but his assimilation into the team has been outstanding: he’s a total wrecker as we call him in the SOC!

“He is a true member of the CyberGuard team and I look forward to many more years working alongside him.”