A huge congratulations to Jay Oliver who recently celebrated 5 years at OGL.

Jay looks back on the last 5 years:

“Before I joined to start my apprenticeship at OGL, I was studying IT, computer science, and maths at college. I wasn’t enjoying college and decided that I needed to make a change. My brother, Josh, who was working at OGL at the time, told me that I should apply for an apprenticeship at OGL as a role had opened. I had my first interview with Karen Hughes and then a second interview with Natalie Watton. I was then offered the role of 1st Line Apprentice on the Business team before it was split to two teams.

“After completing my apprenticeship in 2019, I joined the EMS team as a 2nd Line Engineer. I have had the luck of working with some incredible people, including James Green, George Deeley, Tim Crew, Dan Fleurs, Russell Madden, Neil Crabbe, and many, many more. I have learned so much from all of them, and I wouldn’t be the engineer I am without them.

“Earlier this year I was promoted to 3rd Line Engineer on the EMS team, which is one of my greatest achievements. Thank you to everyone that has helped me get this far.

“My favourite aspect of the job must be my colleagues. Before joining OGL I was a very shy and timid 17-year-old, but after working here for 5 years I have been able to make so many new friendships and came out my shell a lot more.

“My biggest achievement whilst at OGL is making the jump to 3rd Line. It has always been a motivation for me to make it this far and now that I have finally achieved it, I feel incredibly proud of myself."

Karen Hughes, Jay’s manager, congratulates him on his 5 years at OGL:

“Since Jay joined OGL as an apprentice 5 years ago he has worked his way up from 1st Line to 2nd Line and has recently been promoted to 3rd Line Engineer. This is an amazing achievement for Jay in such a short space of time. Jay is a well-liked, hard-working, integral part of the EMS team and a credit to OGL. Jay has also recently been asked to be involved in a remote monitoring trial which he has positively embraced. Jay is a role-model to others following in his footsteps, starting their careers with OGL, as either an apprentice or 1st Line Engineer.

“Congratulations on your 5 year anniversary Jay!” 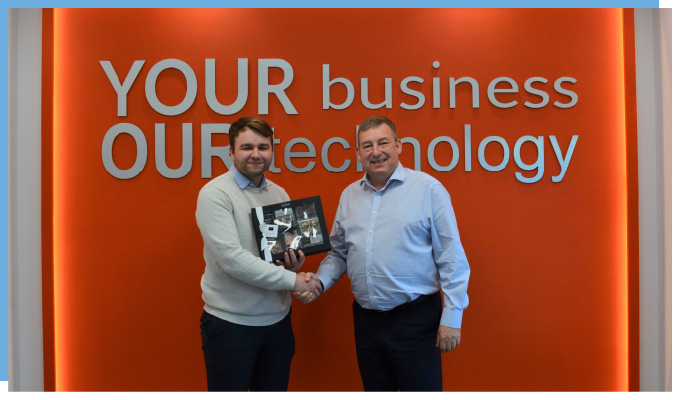