A huge congratulations to Jon Rhodes who recently celebrated 15 years at OGL.

Jon looks back on the last 15 years:

“I started at OGL in June 2007 – a lot less grey and without a beard! I started in Proactive Support as it was then called. I’d come from a 6 month stint at another company which I did not enjoy; before then, I’d been an local IT engineer for 7-8 years. A few years later I moved to Installations and then on to Hosted Services when there was only 4 of us – the team has grown massively since then. I had to do a presentation to Paul Colwell and the HR Manager. I had various roles in Hosted over the years and then moved back to Installations for a few months before being asked to move to Data Centre Manager as Dave Hinton was moving to CyberGuard. I’ve learnt a lot from Dave and on the job since then.

“My favourite memory was when I had the chance to go to DattoCon in Paris in 2019 just before the world went crazy. Great fun and something I am thankful for.”

Colin Dennis, Jon’s manager, congratulates him on his 15 years at OGL:

“I actually first got to know Jon through his wife Rosie, as she worked for me on the old helpdesk back in 2008. Since that distant past I have worked with Jon whilst he has been in a number of roles. Jon was in the Hosted Services team for a few years until he left to emigrate to Canada, which I think was a 5 week experience before coming back to the UK, which was shorter than some peoples’ holidays! I’m glad he returned as he is a great asset to OGL and I congratulate him on his 15 years’ service.” 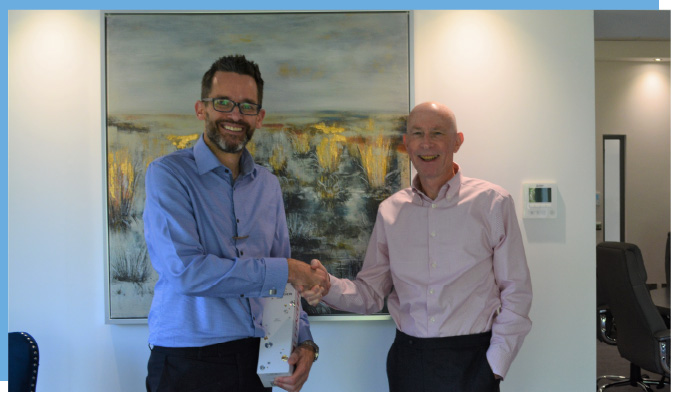