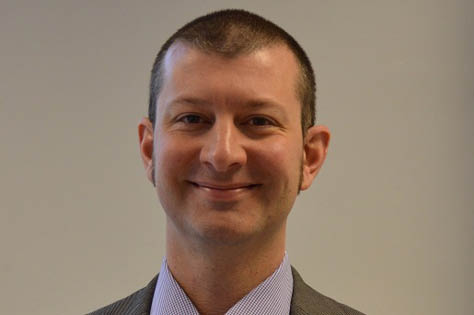 A huge congratulations to Rob Wilcox who is the latest member of staff to join the Long Service Club having recently celebrated his 15th anniversary at OGL. Rob was presented with an Amazon eVoucher, engraved glass trophy and engraved silver pen from Neil Morris on behalf of all the Directors.

Rob looks back on the last 15 years:

“I started my journey with OGL 15 years ago. My first interview was with John Muller and second with Paul Colwell and Karen Hughes; they seemed to like me so I got the job. I have seen many changes within the company during this time. Staff numbers were probably around 150 when I joined.

“My first role was as a Server Field Engineer, driving around 40k miles a year: long days following a satnav!  It was good to see parts of the country I’d never visited before, as well as meeting customers and fixing their issues. I was always grateful for being offered a drink when arriving on a site.

“After a few years a new position became available as Problem Management within the Technical Department. It was my primary role to solve recurring issues for customers. I thoroughly enjoyed this role, working closely with customers on their more problematic issues.

“A couple of years later I’d heard on the grapevine that Paul Colwell’s Hosted Backup department was going to set up a Hosted Exchange service.  Keen to be part of this expanding area of the business,  I went and had a chat with Paul about a possible role.  I got the job! Jack of all trades, installing and supporting new and existing customers as they came on board, lots of juggling! I started this role solo until we had enough customers on board to warrant expanding the department. About 4 years in, Office 365 started to sweep the world so we started installing and supporting 365 customers, as well as our own on Hosted Exchange at the time.

“After 6 years of working with customers and their emails, a new position arose within OGL as Internal IT Manager. Working with 200+ techies who think they know best can be a nightmare!! Simon and I aim to keep everyone happy and working efficiently. Along with day to day break/fix, we always have lots of projects in the pipeline so there’s never a dull day. Everyone in the company is great and I enjoy working alongside everyone.”

Colin Dennis, Rob’s manager, congratulates him on his 15 years at OGL:

“I started working closely with Rob when we set up the Hosted Services team quite a few years ago and he successfully ran our hosted email service. When the opportunity arose for our Internal IT Manager role it was clear that this would suit Rob down to the ground with his experience and his helpful and approachable character. Rob is always willing to help anyone and if you like bikes, even better.

“Congratulations Rob on your 15 years service. A great achievement.”