What Is a Hosted Virtual Desktop & What Are Its Advantages?

The advantages that HVDs have over traditional desktop strategies are innumerable. Read on as we take a closer look.

What are the advantages of hosted virtual desktops?

It’s fair to say that the mass implementation of hosted virtual desktops has radically changed the way we work. Nowadays, people can work from any portable device as effectively as they would using a desktop computer at their office desks. There are two main reasons why this is possible. Firstly, HVD users can access all their desktop applications from any portable device as long as it’s connected to the internet. It doesn’t matter if the applications aren’t installed in the portable device itself – once the laptop connects to the main server, it will run them.

The second reason is closely linked to the first one. Because each portable device is connected to a centralised server, the system will run as smoothly as it would in a traditional desktop setup. That means that employees can access high memory usage applications from their low-spec laptops or chromebooks. For example, a video editor working remotely will be able to use professional editing software on a budget laptop or tablet.

1. Cutting down on hardware costs

In the days before the advent of hosted virtual desktops, companies had to spend thousands of pounds on high-spec laptops that could run high memory usage applications. If they wanted their employees to work remotely and remain productive, they needed to provide them with portable computers as powerful as their desktop counterparts. Fortunately, those days are well behind us.

Nowadays, most companies just give their remote workers a thin chromebook from which they can access all their work applications from the cloud. The benefits that this approach offers are simply uncountable. The most pragmatic one might be that businesses are now saving large amounts of cash on equipment. The difference between a high-spec laptop and a smaller chromebook is at least around £600.

There are more ways in which hosted virtual desktops can help you trim down your budget. For example, implementing HVDs means that businesses can do away with on-site servers, which are usually very high maintenance. Even better, all the costs associated with upgrading hardware are also immediately brushed aside.

This is arguably the most evident advantage that hosted virtual desktops bring to the table. Hosting your desktops virtually means that all your employees can access them no matter their location or device. As a result, you can implement flexible working options that will enhance productivity and help your workforce’s life-work balance.

One of the main arguments against remote working is that it can isolate your employees and make them feel like they’re not part of a team. Fortunately, there are ways to prevent this. If you want to promote remote working in your organisation, be aware that implementing a hosted telephony solution is recommended practice. By establishing seamless communication channels between your team members, you will bring them closer and keep morale sky-high.

Contrary to popular belief, virtual desktops are more secure than personal computers. Because HVDs are centrally managed, it is a lot easier to ensure that all the right security procedures are being implemented. Monitoring employee usage also becomes extremely simple. On top of that, hosted desktop services often grant administrators access to a central dashboard from which they can set permissions.

On the one hand, this puts a certain amount of pressure on your IT team. A mistake in the main server could potentially spread around the rest if the right precautions aren’t taken. A third-party specialist IT provider can be one way to ensure your

solution is configured and managed effectively. On the other hand, HVDs that are setup and managed correctly are so good at detecting potential threats that the chances of one spreading throughout your organisation are extremely slim.

Just to be on the safe side, a good hosted virtual desktop solution will always have the latest in threat prevention and detection technologies. For example, HVDs such as Microsoft Azure include anti-keylogging protection. This prevents malware and keyloggers from accessing keyboard communications by encrypting keystrokes – meaning that your passwords and security credentials will always be safe.

Implementing HVD will make things a lot easier for your company’s IT team. They will be able to manage every virtual desktop connected to the centralised server from a single location.

The importance that this has cannot be overstated, particularly when it comes to software updates. Instead of having to update software desktop by desktop, IT departments can implement updates on every virtual desktop at the same time. Apart from saving them some valuable time, this benefit of HVDs allows organisations to ensure that all their employees’ desktops are up to date. This is particularly important for companies that need to comply with strict data protection regulations.

Implementing a hosted virtual desktop solution is the best way to unleash the true potential of remote working. If you don’t want to be left behind, start looking into HVD solutions such as Microsoft Azure now.

At OGL IT Solutions, we understand that migrating to a hosted virtual desktop can be daunting at first. But don’t worry – as a Microsoft Gold Partner, we can help you make the move. During our initial consultation period, we’ll work with you to design and optimise an HVD solution that meets all your business goals. 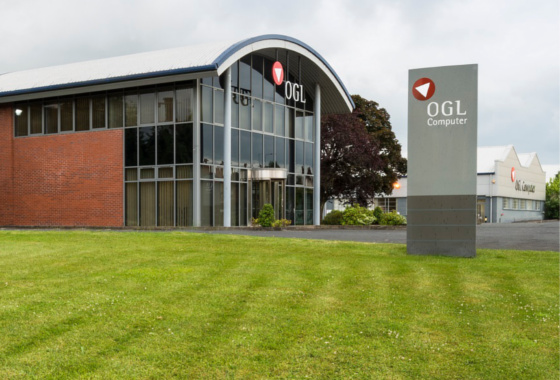 An IT provider you can trust Think of us as an extension to your own workforce. We’ll put the needs of your business first and do the right thing for you, just as you would expect an employee of yours to do. Our friendly, dedicated Ac... Introducing Microsoft's Azure Virtual Desktop The perfect solution for working securely outside of the office Secure •  Scalable •  Cost-effective Choose a device/s to be your Azure Virtual Machine (VM) and ...