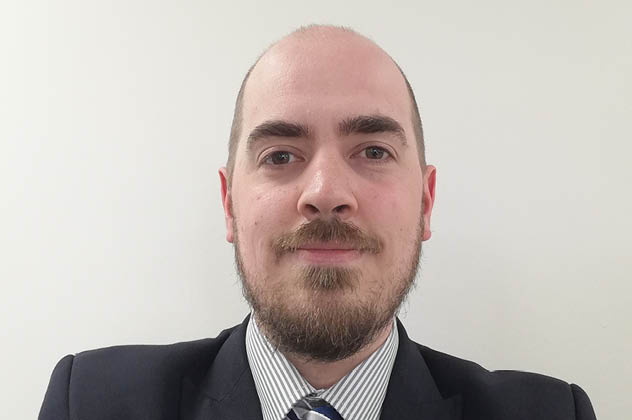 A huge congratulations to Matt Austins who is the latest member of staff to join the Long Service Club having recently celebrated his 10th anniversary at OGL. Matt was presented with an Amazon eVoucher and engraved glass trophy from Neil Morris on behalf of all the Directors.

Matt looks back on the last 10 years:

“I came to OGL straight from university – I started about a month after my last written exam! I started as Derrick McClelland’s understudy on Data Transfer as part of the delivery team. Most of the sites I handled were Sage 50 migrations, but I did get involved with a few of the more unique systems.

“After a few months of parallel training on the prof.ITplus system I was seconded to the Support team a few days a week during the typical lulls in site migrations – I can still remember Debbie Hotchkiss coaching me through phone calls to customers in between handling her own phone calls (these were the days of the hunt group when anyone could get an incoming call from a customer) and support incidents.

“Six months after starting in Data Transfer I was seconded to the Web Support team. The WebServices team had steadily expanded the number of customers with e-Commerce and static websites, and it had reached the point where developers would spend more time supporting existing sites than developing new ones. Since I had some experience with website development from university, I was asked to cover some of the simpler support queries that came in. I spent three years as part of the Web team whilst covering Data Transfer in times of emergency.

“Eventually I was transferred back to Software Support, this time as part of the Bridge team where I still reside. It is our responsibility to handle queries from customers where the system is not behaving as they expect or the data has become compromised by a system crash. Since the prof.ITplus software is so comprehensive this often involves a lot of investigation to confirm how it operates for a given system setup – the varied nature of our customers goes to show how different this can be!

“I have learnt, and continue to learn, a lot from my colleagues. I think my biggest achievement from the time I have spent at OGL is managing to keep up with the ever-changing nature of the role, something that everyone in support has had to do over the last 12 months."

Charlie Grant, Matt’s manager, congratulates him on his 10 years at OGL:

“With absolute ease Matt easily breaks problems down, always provides solutions and coaches fellow colleagues to pass on his extensive knowledge and experience of working within the team. Over the years Matt has worked in many different areas of the Software division, which has exposed him to the many different products that we support. It has allowed him to grow an understanding of products such as Web & SalesVision whilst growing a strong understanding of the Sculptor programming language. Being involved with such a range of products has propelled Matt into the position he is in today. I’m sure at times Matt enters the Matrix because he often has several black screens with green text whirring away at any one time!

“A special thanks to Matt for all of the support he has provided, not only to customers but also to me, helping me out at times of need. It makes my job as a manager much easier when trying to handle tricky situations.

“Matt continues to show his dedication to this business and has worked extremely hard over the past 10 years. I have no hesitation that Matt will continue to work as hard over the next 10 years! Matt is a superstar and we can’t thank him enough for all of the support he has provided us all over the years. Thank you Matt.”